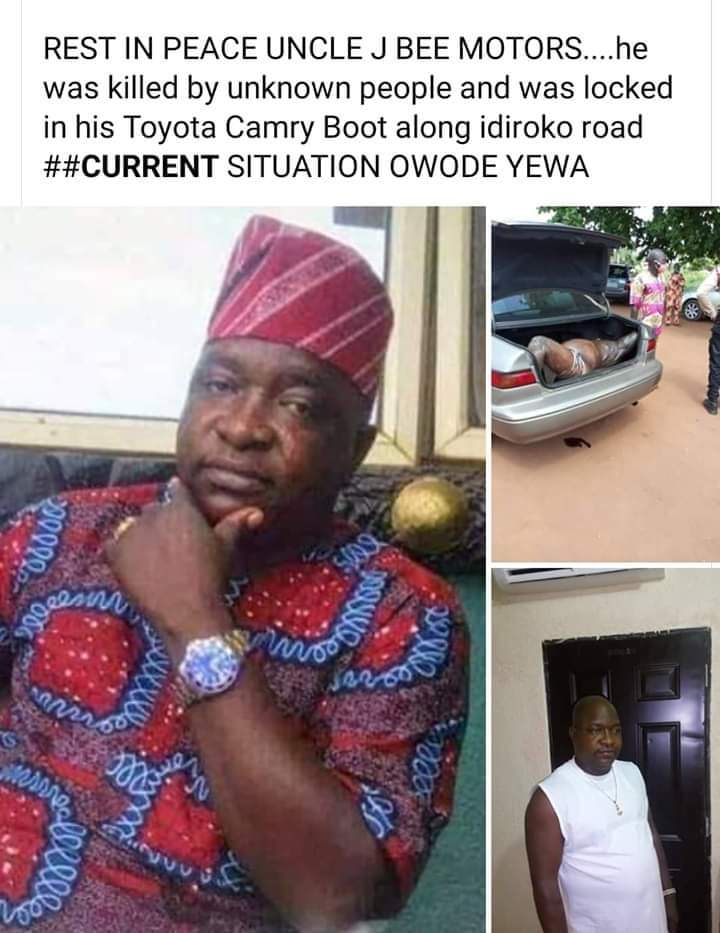 Ogun Missing Hotelier Found Dead In Car Trunk A popular hotelier in the Owode Yewa area of Ogun State, Alhaji Jimoh Bello, who was earlier declared missing, has been found dead. We reported that Alhaji Bello was declared missing by his family after he drove out during curfew on Monday. The police have confirmed the incident to us. Bello, the owner of Uncle J. Bee Hotel at 168, Lagos-Idiroko road, Owode, Yewa South Local Government area of Ogun, reportedly drove out of his house in Owode around 8:30 pm, going to Idiroko. The family said the case was reported at the Owode police station on Wednesday. But, the police said the man has been found dead in the trunk of his car at Idiroko on Thursday. It was learned that Bello was ambushed on his way by suspected assailants. He was reported to have been stripped, killed, and locked inside the trunk of his Toyota Camry car. Road users were said to have discovered the body as they noticed blood coming out of the car which has been parked for days. The stench o