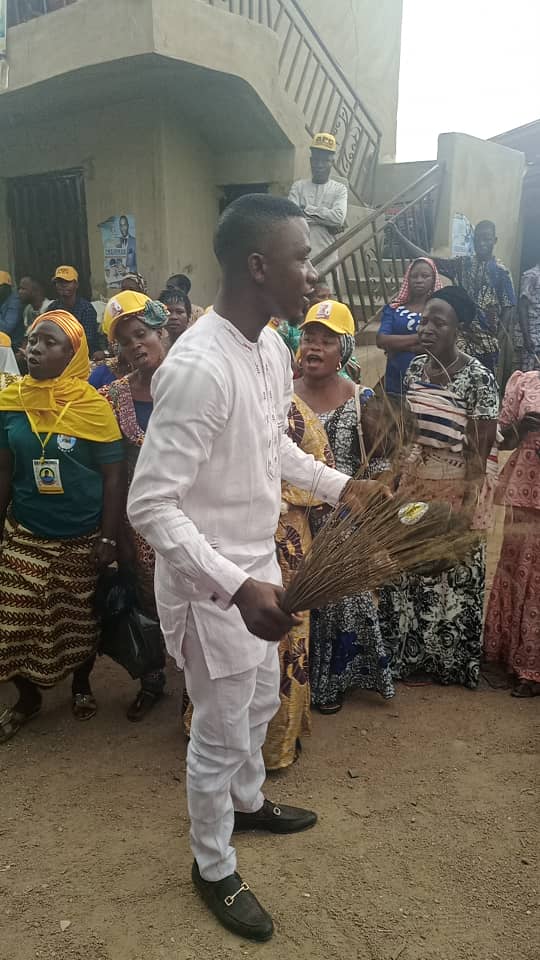 A councilorship aspirant, ward 7, in Abeokuta South Local Government, of Ogun state, Hon. Olasupo Bashiru Balogun has declared his intention to run for the seat in the ward.
during the declaration, he use the occasion to donate bluetooth megaphone address system to his ward.

The councilorship aspirant said that he has facilitated a borehole project to ijaye community through Ariyibi Foundation before thinking of contesting for councilorship seat.
He assured that if elected, he would do more for his people’s beyond imagination.

He said, “Today I am declaring my intent to run for a councilorship seat in this ward, I want to assure that if elected, I will improve both social, welfare and political lives of the people in ward 7, Abeokuta South Local Government

” It’s a new journey in my life and a new path for the people of Ward 7, Abeokuta South. It is high time my people begin to look for someone that is ready to serve them. My people have suffered for dividends of democracy over the years. If you go to all the communities under Ward 7 today, u will see that there are lot of things that still need to be done, if you elected me, I will not disappoint you in this ward”

While receiving the megaphone on behalf of the ward, the ward Chairman, Mr Lukmon Owolabi and ward Women leader Alhaja Adebakin thanked Hon. Balogun Bashiru Olasupo for his kind gesture and wish him well in this battle.