Africa Cup of Nations 2019: A Nigerian star hoping to make history with Tanzania

Tanzania have to be the biggest underdog at the Africa Cup of Nations. Now, coached by a former Nigerian star, the East African team is set to face Kenya in a highly anticipated battle between neighbors. 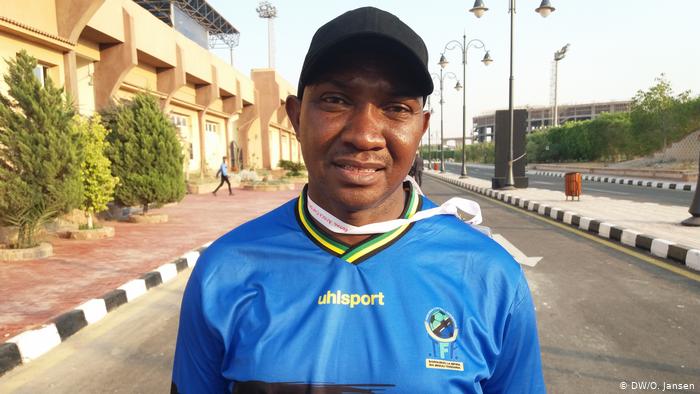 Fußball Afrika Cup: Senegal-Tansania (picture-alliance/dpa/O. Zoheiry)
It had long become clear in Tanzania coach Emmanuel Amunike’s mind that his team were on their way to losing their opening match at the Africa Cup of Nations. So after the referee blew the final whistle on Tanzania’s 2-0 defeat to Senegal on Sunday, he casually went over to his opposite number, Aliou Cisse, to congratulate him.

“My boys should learn from this game, and gain experience. That’s what they lack the most,” the 48-year-old Amunike said shortly afterwards.

Watching on from the stands was businessman Japhet Makale – one of just a handful of Tanzanian fans who had found their way into Cairo’s 30 June Stadium for the match.

“We didn’t stand a chance today. Senegal, with all of their star players, were just too much for us,” Malake, 52, said.
“The team are back (in the tournament) for the first time in almost 40 years. So of course it went without saying that I would travel to support the players,” he explained. “The flight took seven hours and almost cost me a fortune. But I’m in. Coach Amunike brought us back to life.”

Just getting to Egypt a major achievement

The fact that the national team even made it to the tournament was a major surprise. Tanzania have never been among the elite in African football, and they have only previously qualified for AFCON once – in 1980.
But in August 2018, along came Aminuke. The former Sporting Lisbon and Barcelona star, who won the Africa Cup of Nations as a player for Nigeria in 1994, and coached his country’s side to an U17 World Cup title in 2015, breathed new life into Tanzania’s national team in a way that few would have predicted.

“He made us a lot better in just a few weeks,” said Tanzania’s biggest star, Mbwana Samatta. The 26-year-old scored 23 goals at Genk last season and was voted “Best African Player of the Season” in Belgium.

“His tips and his tremendous experience alone have made us 50 percent better,” he added.

Samatta is one of just three Tanzanian internationals signed to European clubs. The rest still play in Tanzania’s domestic league, mostly with Simba SC or the Young Africans, the country’s two dominant clubs. Both are based in the capital, Dar es Salaam, which is where the country’s only really decent venue, the National Stadium, is located. It’s home to both Simba and the “Yangas” as the Young Africans are popularly known. The rest of the league’s teams play their home matches on rough fields. 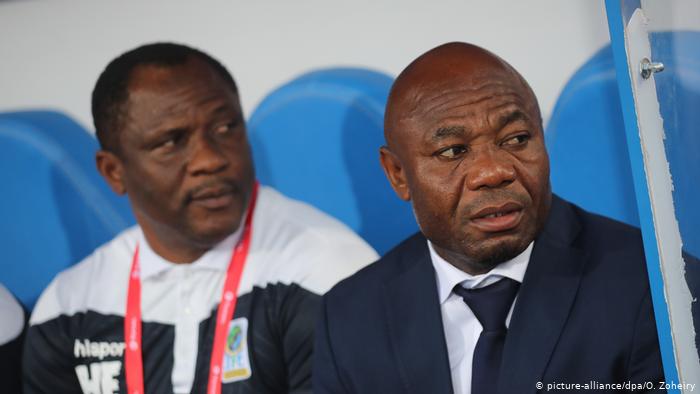 “It’s impossible to play any good football,” said Makale, who decried the lack of support for young talent. “In Tanzania, nobody cares about the boys. They only play on the streets. It’s like a miracle when a young talent is discovered.”

But now, Mbwana Samatta and his teammates are here at the Africa Cup of Nations, and they’re looking forward to Thursday’s match, which will be their biggest of the year. It’s against Kenya, their northern neighbor and biggest rival.

“We’ve all been looking forward to this game for weeks. The streets in Tanzania will be empty. Everyone will be watching us,” Samatta said. His goal is clear: “A victory, of course. We can do that. Amunike will give us some tips and we will beat them.”

Should Tanzania succeed in beating Kenya, there’s good reason to suggest that they could extend their stay in Egypt, as not only the six group winners and runners-up are to advance to the round of 16, but also the best four third-place teams.

Should Emmanuel Amunike manage to make that happen, he will certainly ascend to the status of national hero in Tanzania.

Dowen college: Two Of The Students Suspected In Harming Sylvester Are Currently On The Run – CP Odumosu

The Kogi State Government has finally dragged the Economic...