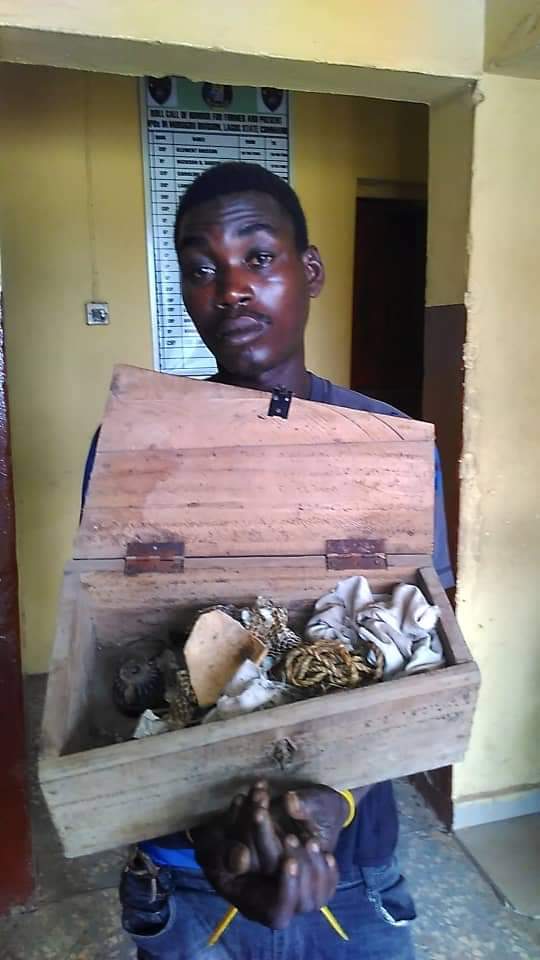 Lagos State Police Command has arrested two paedophiles and a ritualist in the wake of the on going state stay – at – home order.

The paedophiles, Christain Chikezie and Dako Aron (52) were arrested in Ikorodu and Olanrewaju Street, Okokomaiko respectively. The duo were alleged to have had carnal knowledge of 9 year old and 13 year old girls respectively.

Chikezie, according to the statement released by the command PRO, DSP Bala Elkana, was said to have had sexually abused his victim twice while Aron, an ‘habitual paedophile and a security guard in a private company in Okokomaiko was also alleged to have dragged his victim into his security post twice.

According to the statement, Dako was last charged to Court on 22, February, 2017 for raping a minor. The two suspects are to be charged to court while the two victims have been taken to the hospitals for medical treatment and forensic examination.

The Commissioner of Police, CP Hakeem Odumosu has therefore advised parents to Monitor their Wards to avoid them from being preyed on by paedophiles during this stay – at – home.

Meanwhile, a Ritualist, Dona Asogbo, 30, has been arrested by the command. He was arrested when some residents of Panuse area, Oko – Afo, Lekki reported at Morogbo Police Station that one Dona Asogbo and Peter Alogbo have turned an uncompleted building in the community into a rituals’ den.

Their activities were alleged to have instilled fear and panic in the community. The principal suspect, Dona Asogba was arrested while his partner took to his heels.

A mini size wooden coffin and all sorts of fetish items were recovered from the shrine. The shrine is suspected to be used for criminal purposes.