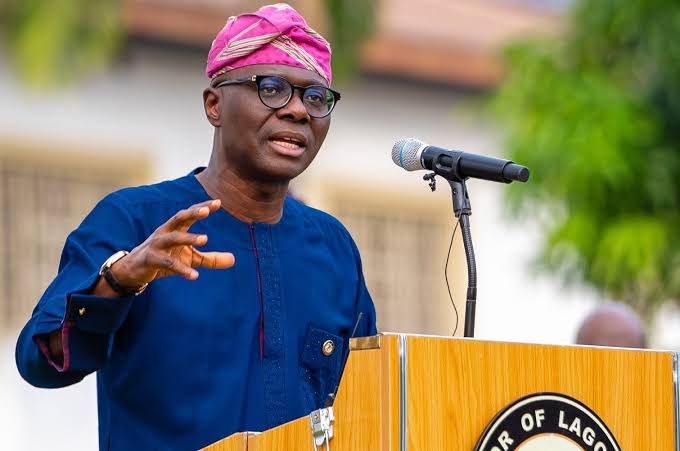 The Lagos State House of Assembly has called on Governor Babajide Olusola Sanwo-Olu of the state to direct the Commissioners in the Ministries of Education, Information and Strategy, Youth and Social Development and other relevant Agencies to embark on an anti-drug campaign programmes for all primary, secondary schools, tertiary schools and out of school youths in the state.

The prime mover of House of Assembly Motion Number 24, entitled; “A Call on the Lagos State Government to embark on anti-drug Corruption Campaign in Secondary Schools in the state,” Hon. Desmond Elliot (Surulere 1) said further during plenary on Monday 31st August, 2020 that the House should call on the Chairman, Task Force on Environmental and Special Offences (Enforcement) Unit to carry out strict enforcement against the sale of drugs around school premises and mandate the Committees on Education and Legislative Compliance to ensure that the relevant Agencies comply with the Resolution of the House.

“The State Commissioner of Police should keep watch on school environment. The Commissioner of Police should direct his men to ensure that there is no sale of drugs around school premises. We should also have anti-drug clubs in schools. Parents are also called upon to keep watch on their children to reduce the usage of drugs in our society, ” he said.

Elliot stated that the House noted the increasing rate of drug abuse and alcohol consumption among students of secondary schools in the state, which is one of the problems affecting school-age teenagers.

“It was observed that such experiment with drugs, alcohol and tobacco started from elementary schools and reach peak in high schools where its adverse effect is remarkably high on the students.

“It was further observed that the unrestrained abuse of drugs, alcohol, tobacco and other prohibited drugs used by the students hindered their educational attainment and leverage to vices such as gangsterism, gangrape and cultism.

The Motion was supported by all the lawmakers in attendance and it was passed as a resolution of the House.

The Speaker of the House, Rt. Hon. Mudashiru Obasa said in his comment that the way the youths take to drug is worrisome.

Obasa stressed that the House should look at the Child Rights Law passed by the House and make necessary amendments that will further help in curbing drug abuse and social vices among the youths.

“The parents should also be sanctioned once the children are caught. The gatemen are also culpable as they allow people to use the school premises at night. The government should also look into that and monitor the recruitment of security men in the schools,” he said.

Hon. Adedamola Richard (Ikeja 2) said that it was a good motion that should be given an easy passage, while the Deputy Speaker of the House, Hon. Wasiu Eshinlokun-Sanni (Lagos Island 1) said that drug abuse is a worrisome issue that can destroy lives.

Eshinlokun-Sanni added that the prevalence of drug abuse in Lagos is above the national average and that it was revealed that 69 % of youths in the state are into drug abuse.

Hon. Tobun said that drug abuse now start from elementary schools and that this must stop from there.

“Many youths take drugs as enhancers, they believe that it makes them to be bold and courageous. So, they need more education.

The Majority Leader of the House, Hon. Sanai Agunbiade (Ikorodu 1) said that drug abuse is largely due to social media influence, and that people should watch the quality of music and movies being shunned out in the society.

“All these go a long way to influence the children. You see musicians displaying drugs on their tables on music videos.

Hon. Moshood Oshun (Lagos Mainland 2) said that cocaine, heroine and Indian hemp were popular in the past, but that there are other drugs now such as gum, skushi and others.

He said that students these days have access to drugs than what used to be the norm.

Hon. Ganiyu Okanlawon (Kosofe1) also felt that the failure to address the issue as a parliament would have a serious effect on the society and that abuse of drugs in elementary schools and in the society was worrisome.

Hon. Gbolahan Yishawu (Eti Osa 2) stated that the motion was timely and that the main thing is that the children will explore as their parents did.

“It is the duty of the parents and the community to guide them. The children don’t have ability to choose clearly, which is why the law is kind to them.

“As a government, once they are in the school they are our responsibility. The business around schools should not be the ones that would promote drug, alcohol and tobacco.

“There should be a policy or building code to regulate this. We need to have enforcement within the school environment to create that fear in the students that you cannot be caught smoking within the school premises.

“We should have these to deter people from having a free reign of drugs in schools. There should be a law to ban sales of alcohol and tobacco around schools,” he said

Also Hon. Setonji David (Badagry 2) said that the use of artistes to sing uncultured drugs affect the youths, and that parents should also be punished if a child is caught with drugs, and called for the reintroduction of moral instructions in schools.

“There is decline in marriage institution that leads to broken homes and this leads to frustration and the children get into drug abuse.

“We need to encourage our marriage institutions. We used to have religious teachers, who taught Christian Religious Studies and Islamic Religious Knowledge. Economic depression is also affecting the parents and this leads to drug abuse.

“The law enforcement agents also encourage drug abuse and they know all the joints. They need proper upbringing to stop this,” he said.

Hon. Temitope Adewale (Ifako/Ijaiye1) stated that drugs are sold by adults and that drugs should not be sold at pharmacies without recommendation.

The House then adjourned sitting to Monday 7th September at 12 noon.

Winners Of 2019 Firstbank Sponsored National Company Of The Year Competition...