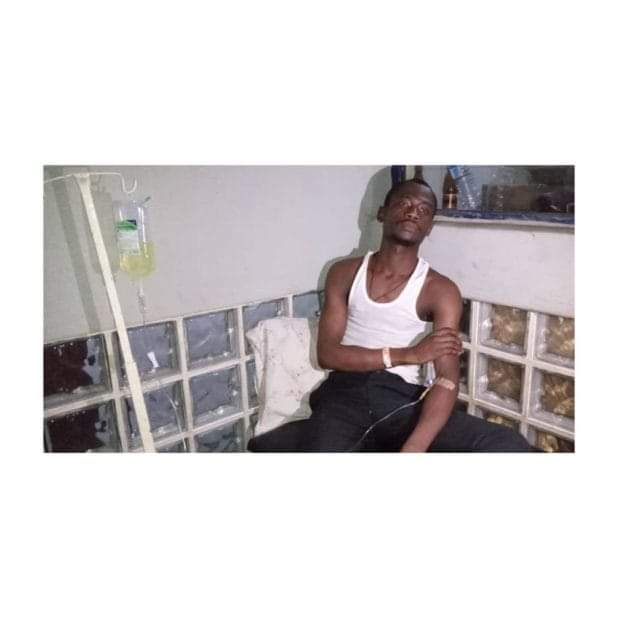 Nosa Aigbogun, a member of the Living Faith Church (a.k.a Winners Chapel), Uwasota branch in Benin, Edo state, has cried out from his hospital bed, after allegedly being assaulted by Pastor Gideon Oyedepo, who he said is the resident pastor and younger brother of the G.O, Bishop David Oyedepo.

DailyPost reports that the Pastor Gideon Oyedepo was accused of constantly harassing and assaulting members of his branch, slapping them at will.

Aigbogun, who is recuperating at a medical facility in Benin, said he was the latest to be slapped by the Pastor.

He said since he was transferred to their branch as resident pastor, the younger Oyedepo has enthroned himself as emperor and has become a problem to members of the church.

He appealed to the founder of the church, Bishop Oyedepo, to rescue them from further beatings from his younger brother.

“I want concerned authorities to rescue us from him, we have received enough slaps. We are begging his elder brother, Bishop David Oyedepo, to save us from the overnight emperor before is too late.

Since his arrival at our branch, he has slapped two persons and he keeps saying nobody can do him anything. He has turned the branch to something else.

They called for unity meeting on Sunday and I was part of those that attended. All of a sudden, he just turned to me and started calling me devil, idiot.

Before you know it, he just slapped me and he said I cannot do him anything and that he has been planing to deal with some of us in the church. His P.A. joined him.

On his instruction, his P.A. went and brought soldiers who they said were from Supply and Transport (S&T) Barracks. They pounced on me, rough-handled me and beat the hell out of me,” he said.

Aigbogun, who said he had reported the case at Okhoro Police Station, said all he wants is justice.

Other members of the church told journalists that Gideon Oyedepo threaten that should his elder brother who owns the church act on complaints of members and perhaps drop him, he will form a white garment church of his own.

Ned Nwoko Drags Journalist Who Labelled Him A Cultist For Marrying...

MY WIFE IS NOT ROMANTIC, REFUSES THAT I KISS HER

‘My Driving Force Was To Not Let My Parents Down’