killing of Remo stars’ footballer: it will be the last time, gov abiodun vows

.assures them of justice

The Ogun State Governor, Prince Dapo Abiodun, again on Tuesday, appealled to the people of Sagamu to be law abiding and not give opportunity to criminals to perpetuate their acts in the town.

He also promised to use every instrument of government available to unearth the circumstances of the killing and crisis that ensued in the town as a result of the killing of the ace footballer, Tiamiyu Kazeem, since Saturday.

“We will use every means possible not only to ensure that justice is served, but that it is seen to have been served. We’ll work to ensure that this will be the last of such avoidable deaths in the hands of security officers in our State,” he vowed. 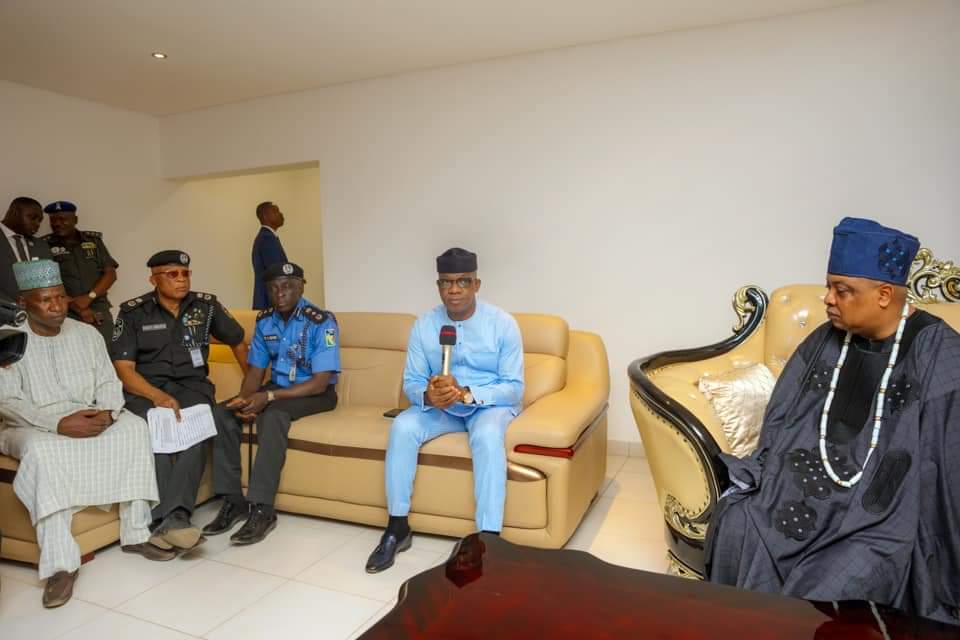 Abiodun, accompanied by the Deputy Inspector General (DIG) in charge of the Criminal Investigations Department, Mr Peter Ogunyonwo, the Commissioner of Police in Ogun State, Kenneth Ebrimson and the State Director of the State Security Services, Mr David Tuska, visited the parents of the late Remo Stars Football Club player, to commiserate with them. They also spoke with residents who stormed the family home of the deceased on solidarity protest.

The Governor promised that the future of the State would be secure when people eschewe violence and go about their businesses in a lawful manner.

“Let us continue to preach peace, be law abiding and discourage those that want to take advantage of the situation to commit crimes,” he said.

Prince Abiodun, who attributed the criminal activities in the town to its size, population and being a border town, added that the State Government had distributed more security logistics to law enforcement agents, while additional police divisions had been established in the town.

While commiserating with the parents of the deceased on losing a promising star in his prime, the Governor assured that he would not die in vain, as Government would investigate and get to the root of the matter.

“The incident caused a lot of pain to us and that is why we are here to commiserate with you. God allowed this incident for a reason. I want to assure you that since it happened, we have left no stone unturned. We are closely monitoring the situation,” he noted.

He described late Kazeem as a rising star whose life was cut short in its prime, saying that the culprits who have been apprehended, would be made to face the full wrath of the law and to serve as deterrence to others.

Also speaking, the Inspector General of Police, represented by the DIG Peter Ogunyonwo, disclosed that the Satellite Zonal Investigation Squad has been dismantled and their offices handed over to the State Police Command.

The DIG said the death of Kazeem would prompt the Police Force to carry out more reform of the squad, insisting that the officers who had since been arrested, were on illegal duty and did not obtain clearance from the police formation in Sagamu before the operation. 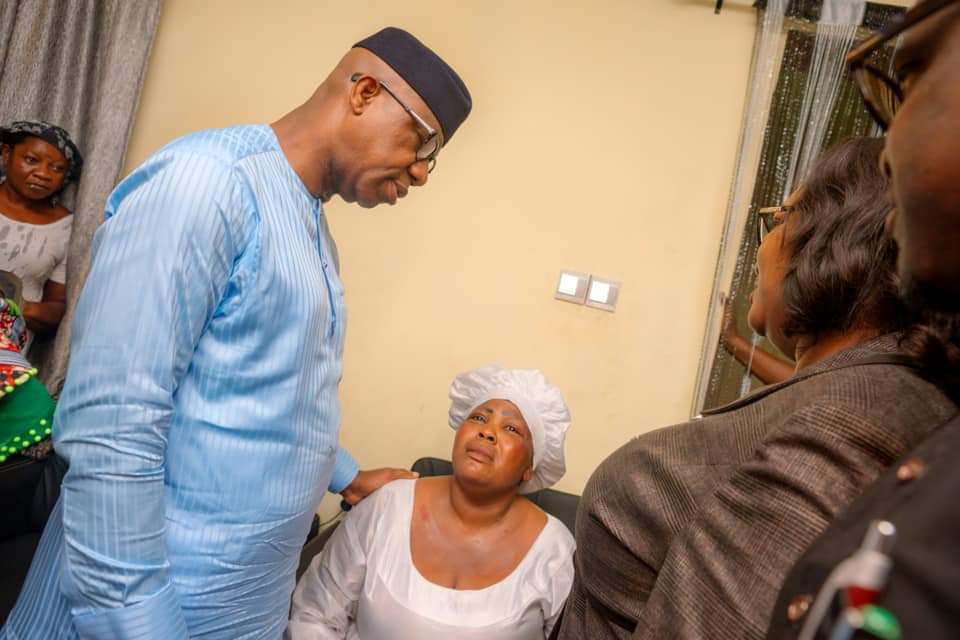 Pledging that full investigation would be done to bring those involved to justice, Ogunyomwo, who coincidentally hails from Sagamu promised that Police would do everything possible to purge itself of trigger-happy elements.

The mother of the deceased, Mrs. Selimot Tiamiyu, while narrating the incident that led to her son’s death, said he was neither a robber nor a fraudster, but a young man who made a living playing football.

Receiving the Governor in his palace, the Akarigbo of Remoland, Oba Babatunde Ajayi, called for more police divisions to cope with the size of the town.

He appreciated the State Government for its efforts at restoring peace since the incident happened last weekend.

Previous articleFellow Citizens of Ogun State, particularly the good people of Sagamu
Next articleOshiomhole Vs Obaseki

The biggest youth event in Nigeria the 11th young...

History has been made at Chartered Institute of Stockbrokers...

His Here again... The youth o'clock award. The biggest, the...

The biggest youth event in Nigeria the 11th young...

History has been made at Chartered Institute of Stockbrokers...

His Here again... The youth o'clock award. The biggest, the...