Ogun State Governor, Prince Dapo Abiodun has called for a collaboration between states in the country to deepen their ability to generate adequate revenue for socio-economic development.

Prince Abiodun made the call at the 3rd Annual Abiola Ajimobi Roundtable and 71st Posthumous birthday with the topic, “States and the Burden of National Development in Nigeria”, held at the International Conference Centre, University of Ibadan.

The governor noted that it was imperative for the state governors to devise ways of meeting the needs of their people.

“Let us begin to look at how we can collaborate with each other so that we can further deepen our ability to increase revenue. We need to strengthen our ties with the private sector as one of the steps towards survival”, he said.

The Governor pointed out that national development was a reflection of what obtained in the states, stating that it was time to decentralized ownership of infrastructure to enable states take active part, as infrastructure like road, was critical to development.

“It is time for us to begin to think of how to decentralize the ownership of infrastructure. Road infrastructure is extremely important to our people. People must be able to move goods from point A to point B with relative ease.

“Without adequate road infrastructure, there cannot be meaningful economic development and for this to happen, the Federal government has to decentralize their ownership of roads in the states”, Abiodun noted.

Governor Abiodun decried the damage done to the environment in the states by mining activities which is under exclusive list. He frowned at the non- involvement of states in the issuing of license and the meagre stipend paid as derivation despite the fact that states bear the brunt of environmental impact.

Ekiti State Governor and Chairman, Nigeria Governor’s Forum, Dr. Kayode Fayemi, said states are the main driver of the socio-economic development the country, as the exist to pursue a particular development agenda peculiar to the needs of the people.

Tracing the history of state creation in Nigeria, Dr. Fayemi noted that it was done to address the fears of the minorities and make governance grassroots oriented, adding that the states needed more money to meet their huge responsibilities.

Also speaking, the Kano State Governor. Alhaji Abdulahi Ganduje, pointed out the herdsmen/farmers clashes has increase the level of insecurity in the country, noting that population explosion and not paying attention to the education of the herdsmen, was creating security and other problems in the country.

His counterpart from Ondo State, Mr. Rotimi Akeredolu, said that Nigeria needed a leader who was ready to make sacrifices like Nelson Mandela, who served a term and left indelible mark that put South Africa in sound footing.

Former Governor of Lagos State and national leader of the All Progressives Congress, Senator Bola Tinubu, represented by the Deputy Governor of Lagos State, Dr. Femi Hamzat, opined that there was a need to thinker with the revenue sharing formula in favour of the states, just as it was time for state police.

Senator Tinubu advocated for states to start collecting stamp duty and tourism tax, as well as be allowed to generate electricity to power their economic growth, saying this was in tandem with the believe of late Governor Ajimobi, who worked passionately to change and modernize Oyo State.

The Ooni of Ife, Oba Enitan Ogunwusi, stressed the need to address insecurity in the nation by taking prompt and adequate action, maintaining that the nation was running out of time if urgent steps are not taken.

President of the Abiola Ajimobi Foundation and wife of the deceased, Chief (Mrs.) Florence Ajimobi, observed that despite numerous amendments in the Laws of Nigeria, there was still complaints about inadequacies all over the geographical zones of the nation, saying that the event was to provide a platform to discuss critical roles states play in facilitating development. 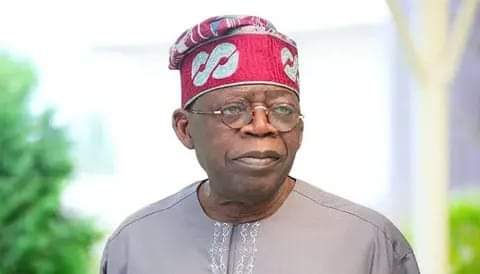 Address By H.E. Muhammadu Buhari, President Of The Federal Republic Of Nigeria On The...

State Of The State Address By The Governor Of Ogun State, His Excellency, Prince...