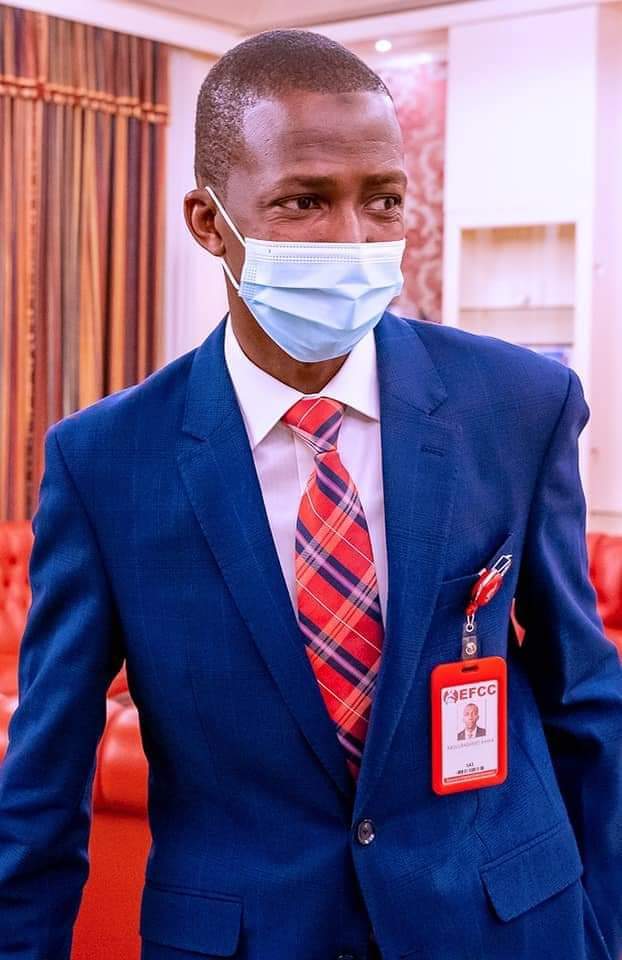 The Executive Chairman of the Economic and Financial Crimes Commission, EFCC, Abdulrasheed Bawa has reiterated his commitment to rid Nigeria of corruption, saying rule of law and fear of God shall be his guiding principles.

He identified corruption as an encumbrance hampering the sustainable growth of the country, stressing the need for all hands to be on deck to deal with the menace.

Bawa disclosed this on Friday, March 26, 2021 while featuring on a Nigerian Television Authority, NTA, special interview programme, “One-on-One” anchored by ace broadcaster, Cyril Stober. “We need to change our attitudes in Nigeria. We are in the habit of worshipping people that have money in the society, but never bother to ask questions about their source of income. In winning the fight against corruption, we are engaging all stakeholders including religious leaders, community leaders and others. We are going to embark on massive public enlightenment to sensitise people on the need to shun corruption in all its forms,” he said.

He stated that fighting corruption was an onerous task that should not be left in the hands of EFCC alone and urged Nigerians to stop glorifying corruption and corrupt people in the society. He vowed that the EFCC under his watch would not relent in its determined efforts to bringing all corrupt elements, high or low in this country to justice. “We have just created Directorate of Intelligence. We need to re-engage ourselves with all our stakeholders in the fight against corruption because this is something we cannot do alone, all hands must be on deck,” he said.

On the directive that all bankers should declare their assets before June 1, 2021, the anti-graft czar said there is no going back on the directive noting that, “laws permit the Commission to investigate assets of public officers including bankers”. “There is a law called Bank Employee Declaration of Assets, Act 1986. We are not saying they should declare their assets to us. What we are saying is that they should declare it to the statutory bodies. We are going to be calling for it. As a Commission, we need to know what you have as a banker. Come June 1, 2021, we are going to be asking for it.” Bawa insisted.

Responding to another question on the ongoing corruption cases in various Courts across the country, he said the Commission was making steady progress by securing conviction of offenders and getting them to restitute their victims of whatever they had illegally acquired. “Our lawyers are doing well and the judiciary too is marvellous”, he added.

On alleged media trial by the EFCC, Bawa said that “there is nothing like media trial. It’s part of our responsibilities to let the public know about our activities and what we are doing to sanitise the country. This is enshrined in Section 6 of the EFCC Establishment Act, 2004.”

He further stated that, any case filed in court is a public document that anybody can apply to court to access.

WE CANNOT AFFORD TO RELAX THE BATTLE AGAINST COVID-19