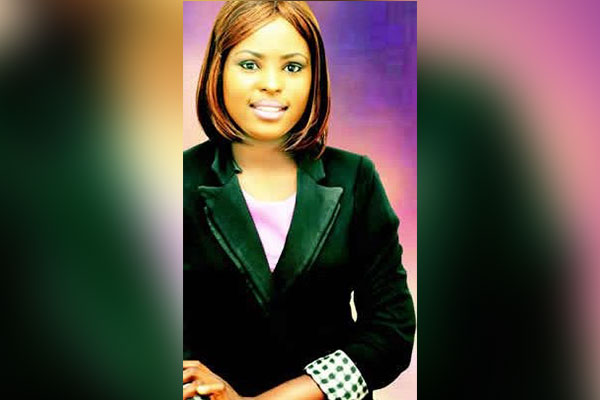 Fagboyo, 21, was the best graduating student of Samuel Adegboyega University in Edo State in the 2016/2017 academic session. She graduated with 4.80 CGPA from the Department of Economics, she talks about her success and the things that made it happen

When you look back at your days as an undergraduate, what were your most memorable moments in school?

My happiest moment was my convocation day; I was called several times to collect prizes. I remember that when I was going to the stage to deliver my speech, the live band was playing this popular song in Yoruba, ‘To ba ka iwe re, bata re a dun konkonka’ (If you focus on your studies, you would walk with your head held high among your peers). At that moment, I was proud of myself and my parents were very proud of me. Thankfully, there was no sad moment throughout my stay in school.

What were the prizes you won during the convocation?

How easy was it to graduate with a first-class degree, and to have maintained the standard up till your graduation?

It wasn’t easy, because graduating with a first-class degree involves sacrificing lots of fun and sleep. I attained the first-class level from my first year when I had a Grade Point Average of 4.70, and I had always been leading my class. Actually, attaining that level at the early stage helped me because I only had to work hard to maintain it. After our orientation programme and the school handbook was handed over to us, I made up my mind to graduate with a first-class degree and I didn’t want to go below the standard that I had set for myself and God saw me through it all. It was in my third year that I discovered I had the highest Cumulative Grade Point Average in my set and that I could end up becoming the best in the school. Meanwhile, the point difference between the next person and me was just 0.002. When I got that information, I told myself I could work harder to make it. My lecturers also encouraged me to go for it so that I could make the department proud. It became a reality.

What specific plan did you put in place that helped you?

I don’t think I did anything differently, but one distinctive thing I did was to set a goal for myself at the beginning of every semester. I would outline all the courses I was to offer that semester and put a grade beside it. I never wrote a ‘C’ beside any course because ‘C’ to me was failure. In the second semester of my first year, I had 4.30 GPA and that was because I had ‘C’ in a three-unit course. Then, I decided I would not have another ‘C’ again till I graduate, and I didn’t. So, with that, I had a target that I must meet every semester. Beyond hard work, which included reading different textbooks and going online to read more, my parents’ prayers were very effective. My dad would call before the commencement of every examination and pray for me, and he would also call at the end of the examination to get feedback. They were always praying and thank God I have something to show for it.

How many of you graduated with first-class degrees in your department?

How was it being in the same class with your elder sister?

Did the two of you plan to have first-class degrees?

It was partly a joint effort, but mainly we had separate plans, targets and goals, but same destination. We lived in the same room from the first year till we graduated, and that helped because we always encouraged each other. For example, if either of us was sleeping, the other person would wake the person up, because we came to the conclusion that our parents had tried for us by sending both of us to a private university and the only thing we had to do for them was to go home with good results.

Would you say being in the same class helped you?

I don’t think so, but I would say being in the same room was more helpful. Living together helped us.

Were there times you had fears your CGPA might drop?

Yes, several times. My class was a competitive one and everyone worked so hard to be on top. So, I had fears I wouldn’t be able to maintain my position, and as I moved from one level to another, the courses became tougher and more difficult. We also heard discouraging comments from students in advanced classes in the department. They said that with time, I would drop because, according to them, economics was very difficult. All these were always ringing in my head and I had fears I might drop, but thank God. One thing that kept me going was my lovely parents’ prayers., because I noticed I had this inner strength to keep going, which wasn’t ordinary.

Since you were so determined to graduate with a first-class degree, were there times people saw you as too serious?

Only few people knew about my academic performance, some even saw me as unserious because I laughed a lot, and to others, I was just a normal student. My class was a competitive one and most of us always asked for extra sheets during examinations because we always had a lot to write. But when taking exams with students from other departments and I asked for extra sheets, they would just murmur among themselves, and make funny comments, like ‘Rachel, you have come again o’ or ‘Rachel, do you want to give the lecturer marking scheme?’ In the schools that I attended before, I was always among the top three students in class, and it was only normal that more was expected of me in higher institution. So, I worked harder.

How would you have felt if either of you didn’t meet up eventually?

For me, I don’t want to imagine it because I already put in so much to even consider anything short of it. For my sister, at the beginning, she didn’t know she would graduate with a first-class degree, but she was on a very strong second class upper division. But we talked about it, some of our lecturers counseled her and she worked harder. Thankfully, she also made it.

How come both of you studied the same course?

Initially, she wanted to study Geography, but as of the time we got admission, there was no Geography, so she thought Economics was also a good course. That was what informed the move for her. For me, I have always wanted Economics because I have this zeal to impart a positive change in the Nigerian Economy, so I needed to be fully equipped to achieve this, plus the fact that economics is a very wide course, which does not limit you to a particular aspect. Some people ran away from the course because they thought it was difficult, but I decided to go for it as I love challenges. Since I was a child, my dream has always been to become a woman of valour, make significant impact and take good care of my parents; build them a magnificent edifice and buy them good cars.

What fond memories of your growing up do you still have?

My parents always tell me that I used to cry a lot and that I wouldn’t let anyone else carry me apart from them. Now, when they say it, I tell them I was being security conscious (laughs). Also, as a child, I was curious; I always wanted to know a bit of everything around me, and that motivated my love for reading. I had parents who didn’t joke with our academic works and that informed the schools we attended. Overall, I’m a product of God’s grace, hard work and commitment.

What was your typical day like as an undergraduate?

It was nothing out of the ordinary. I didn’t go clubbing or attending all school parties. Usually, if I wasn’t in class, I would be in the chapel or hostel. Each day, I slept for six hours and I read for at least three hours. And I preferred reading in my room because it was more convenient. But beyond reading, I was involved in other school activities; I served in the chapel as a bible study teacher and an usher. In 2014, I was in the committee that compiled the constitution for Nigerian Economics Students Association (SAU chapter). In 2016, I served in the association as the vice president and in 2017, I served as the first female president, and I’m happy I engaged in all these activities because I gained leadership experience.

As a beautiful young lady, how did you handle distractions from men, or didn’t you experience such?

It wasn’t more than I could handle, partly because I wasn’t everywhere.

Since you were not allowed to cook, being a private school, didn’t you get tired of buying food?

Thankfully, they served nice dishes at the cafeteria, and sometimes, they came up with Saturday and Sunday specials. I never got tired of that. In fact, I like the fact that I wasn’t cooking in school, so I didn’t have to bother about going to the market to get food items or about which meal to prepare. So, not cooking in school gave me more time to study. I believe success largely depends on a student’s ability to develop and maintain a strong work ethics.

What would you miss most about your days in school?

By the grace of God, I am an entrepreneur, I am a fashion designer, and I plan on making it big in the future.

Given how wide the course is, both in learning and application, where would you like to work?

I would like to work in the Central Bank of Nigeria and the World Bank in Washington, D.C.