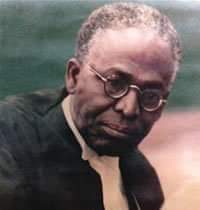 AWO, Charismatic. Studious. Serious. Meticulous. Finicky. Fearless. Methodical. Discriminating. Determined. Purposeful. Strong belief in his personal destiny. Intellectually arrogant(?). Workaholic. Does not believe in compromises. Holds very strong political view (but does not hold strong religious view, and sometimes indulgent about the morals of other people although himself morally unimpeachable or unbeatable).

Charming and very friendly in private. Excites strong passion for/against. Careful organizer (with eye for details) but no schemer/tactician, except within own party or government. Particularist. Cares only of solutions to Nigeria’s problems and thinks other things will fall into place. For him political differences leads to political barrier to personal relationship with former colleagues and lieutenants – unlike Zik. Loyal to colleagues and lieutenants on social matters and in public, but willing and ready to listen to stories. Pragmatic. Activist. Doer of his considered philosophical or visionary idea. Propagandist. Easily arouses suspicion of other leaders. Elephantine memory. His blunt statement easily misunderstood. Would not reap where he did not sow.