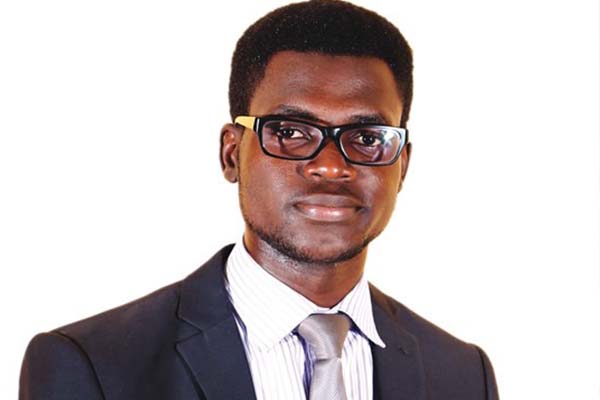 About seven months after the University of Lagos recorded its first 5.00 CGPA, another of such record was set at the Afe Babalola University in Ado-Ekiti by 20-year-old Ariyibi Olawale, who emerged as the best graduate in the 2015/2016 academic session with 5.00 CGPA from the Department of Geology

It’s easy to imagine that having 5.00 CGPA would not have been easy. Would you say you are a genius?

I have always made conscious effort to take my academics seriously, regardless of how my upbringing somehow coerced me into being serious; I wanted academic excellence and I was willing to pay the price, but I’m still in shock as to how far God has brought me. All I can say is thank you to the Most High God. I’m eternally grateful. I had very good performance in my previous schools, but not this good, even though I had four A’s, four B’s and one C in the West African Senior School Certificate Examination in 2012. I would say having first class was taxing and not as easy as I expected. I did pray about getting a first class but even at that, I came to the realisation that God had his part to play and so did I. But in the long run, I did know I was going to get a first class from the first day that I stepped foot into Afe Babalola University because that had always been my dream. I wasn’t expecting a 5.00 CGPA at first, but it happened and I’m thankful to God for this accomplishment.

How did your journey to 5.00 CGPA start?

In my first year, upon seeing my first semester result which was a 5.00 GPA, I was surprised and happy at the same time. That was about the only time I was surprised that I could have such. Afterwards, I did see it coming, because I remained disciplined and focused. Being the overall best graduating student has always been my target right from when I finished from secondary school because I wasn’t the overall best student back then. It was at that point that I told myself that I wasn’t going to settle for second best again because no one ever remembers the second best. I prayed about it and I’m thankful today that my prayers have become a testimony. So, my dislike for being second best informed that thought and I constantly reminded myself each day that I must be celebrated. I’m today a product of the grace of God.

Some people would imagine that you spent most of your time in class reading. What was it like?

I read a lot actually but I won’t say I had any reading pattern. I only made sure I read every day and at any time. After classes, I would go to the library, study and compile notes on what we were taught in class. When necessary, I studied at night too, but occasionally. I didn’t sacrifice my sleep for anything, but I tried to strike a balance between the two. So, I was sleeping well and reading as I should, as expected of a dedicated student. At the same time I would say I had a social life. In my first year, I was too uptight and too conscious of my dreams that I saw other things other than reading as irrelevant. In fact, my mates made jest of me for being too serious, but in my second year, I told myself I had to lighten up a bit and I started getting involved in discussions, not just about academics but more of what we found interesting. Thanks to my colleagues. The first partying experience I had in school was with my course mates, during one of our field trips. We did have other mini parties during other field trips and I must confess I enjoyed every bit of it. So, I had a social life in school, but I knew my limits. I don’t think I did anything extraordinary from others, except in terms of the choices I made; the choice of knowing when to read, how many textbooks from different authors I needed to read, the choice of knowing when to keep going, the choice of knowing the need to study frequently amongst other choices. There was a time I was sick in my second year, and I almost gave up pursuing 5.00 GPA that semester, but God helped me. Till date, I owe it all to God for without him, I wouldn’t have got this far.

If I didn’t get a first class, I would have felt awful because I put in a lot of work to actualise it. On the other hand, if I didn’t get a 5.00 CGPA, I would still have felt fulfilled provided I still had first class. But even if I didn’t have first class, I wouldn’t have seen myself as a failure; that would have spurred me to work harder next time to actualise my dreams. My typical day in school was more like a cyclic one; from the hostel to class, to cafeteria, to library, to fellowship, back to the library and ended at the hostel. I always had something to do, something that drew me closer to actualising my dreams. I believe I gave my best.

In your view, why do students fail?

Was there anything about your growing up that helped you?

Yes, I grew up in a home where watching TV for long was an offence and only the best was expected of us. I remember when my parents used to force me to read my books. I practically grew up reading all sorts of books, from religious books to motivational books and to school books. I believe my parents’ insistence caused me to always want to read and they didn’t hesitate to spank me when necessary.

What did you wish to become at that young age?

I had so many dreams as a child. At one time, I wanted to be a pilot and at another time, an engineer. My mind was swayed from all these to medicine after I read Ben Carson’s books detailing things on his surgical procedures and his success in separating the Siamese twins. In all, I would say my dream as a child was to be one who would have a positive impact on the society at large by rendering services the best way they should be rendered.

Bur Geology is not related to Medicine, what informed that choice?

I didn’t intend studying Geology. I wanted to study chemical engineering and that was what I applied for in ABUAD. I got in but eventually I had to change to geology because an uncle of mine resident in the United States told me about the course. I did my little research on it and I fell in love with it instantly. My dad tried discouraging me at some point because he wanted me to study medicine, but I’m thankful he wasn’t rigid about it. He respected my decision to study geology, we prayed about it and the chapter of what to study and what not was closed.

Many students see geology as a complex course, did you have such fears at that time?

I had no fears or reservation about Geology, though a complex course as many would say. I didn’t have such reservations because of the height I was determined to get to in the course. I was too determined to let fear have a hold of me. I knew all I had to do to get to my destination was to study, study, study and keep studying. However, all the course entails is the scientific study of the earth, its components and processes that have helped in forming the earth. Geology has so many branches, some of which include: geochemistry, geophysics, palynology, palaeontology, mineral exploration, seismology, geochronology, petrology amongst others. And contrary to general belief, geology isn’t all about oil. Rocks, minerals, fossils and other energy resources are studied by geologists. It really is an interesting course.

Could you share with us some of the awards you won as the overall best?

Were there moments during your stay in ABUAD that you wouldn’t forget easily?

The ones that readily come to mind are the times I checked my result and I would always see 5.00 GPA. I love the feeling and I don’t seem to forget it, even though I didn’t let it get into my head. Another memorable moment was when someone walked up to me in school and told me about herself. She said a friend of hers told her about my academic record and that ever since she had been determined to be just like me. She actually came to tell me to keep being me and that she was inspired by me to be a better person, in terms of attitude and academics. That was a memorable day for me because I was delighted that I inspired someone into becoming a better person. I can’t think of a better feeling than when someone walks up to you and tells you it’s because of you they didn’t give up. Since then, I made up my mind to consciously be a source of inspiration and motivation to people, and that was how I became an inspirational and motivational speaker.

What are your hobbies?

(Laughs) My hobbies are weird, as the case may be, but I would still say them. I love sleeping, reading, eating (not a glutton though), travelling and swimming.

Were you in a relationship or you saw it as a distraction?

At first, I saw it as a distraction, but I later learnt to manage my time better. I was in a relationship, even till now and it’s been on for a little over two years now. Contrary to that general belief, being in that godly relationship strengthened me and helped me to embrace God more, and I actually did better in my academics because she was a source of inspiration. She pushed me beyond my limits during my down times. She advised me and prayed for me all the way. I’m thankful to have met such a godly and upright person.

Do you have specific places in mind where you would like to work?

I would like to work in an oil producing company to amass a bulk of experience. I might consider lecturing as a later option after gathering practical experiences in the oil industry. I know not what the future holds, so I would leave it all to God who holds the future and he alone is the planner of my life.

What worked for you that you think students should adopt?

My advice is if they can dream it, then they can do it. The key words here are focus and discipline. Reading the stories of people who are successful also helps. I had 201 when I took the Unified Tertiary Matriculation Examination but that didn’t stop me from getting to where God planned for me. When I got to school, I tried to put in more efforts in making sure that I was giving my best so I could have better result every semester. I was more in competition with myself to be better than the way I was before. Students need to have such spirit.