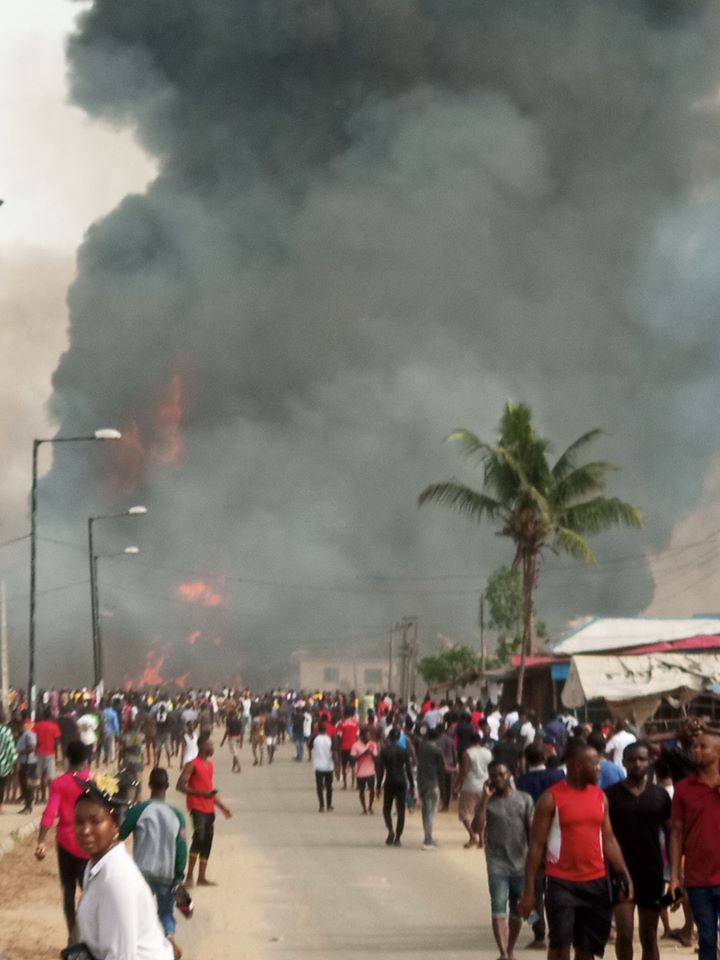 A pipeline explosion has occurred at the Abule-Ado area around Festac town in Amuwo Odofin local govt area of Lagos state.

The massive blast has reportedly rocked neighbouring areas, sparking a massive blaze that has destroyed nearby buildings including a school.

Plumes of smoke have been seen rising into the sky, but our correspondent on the scene says the area has been cordoned off.

An eyewitness told our correspondent that a tipper offloading sand caught fire, which spread to a nearby pipeline, triggering the blast.

The director-general of LASEMA Dr Femi Osanyintolu confirmed that the pipeline had earlier been vandalized by unknown persons.

Many nearby houses have been destroyed by the blaze while the explosion damaged buildings around the area and its environs.

The Lagos State Fire Service says there are buildings on fire in Ado Soba, Abule-Ado, and Amuwo-Odo.

The chairman of the local government area, mister Valentine Buraimoh told Channels Television on the phone that some children have been rescued from the collapsed school building.