The best way to pay for a lovely moment is to enjoy it.

He is the sixth child of the seven children of his parent. He originated from South West part of Ikale okitipupa in ondo state. He was given lot of names due to him been ideology, braveness, smartness and intelligence.

Prince KOLAWOLE enjoy travelling and football. Due to his passion for soccer, he has won alot medal in both Nigeria and the francophone country.

He was mentored and tutored in soccer by the likes of Late Ayo Salami in Nigeria and Mr Babalola in Benin Republic.

He brought together both male and female teams in six (6)state together for the tournament, namely: OGUN, LAGOS, ONDO, OYO, EKITI, OSUN. 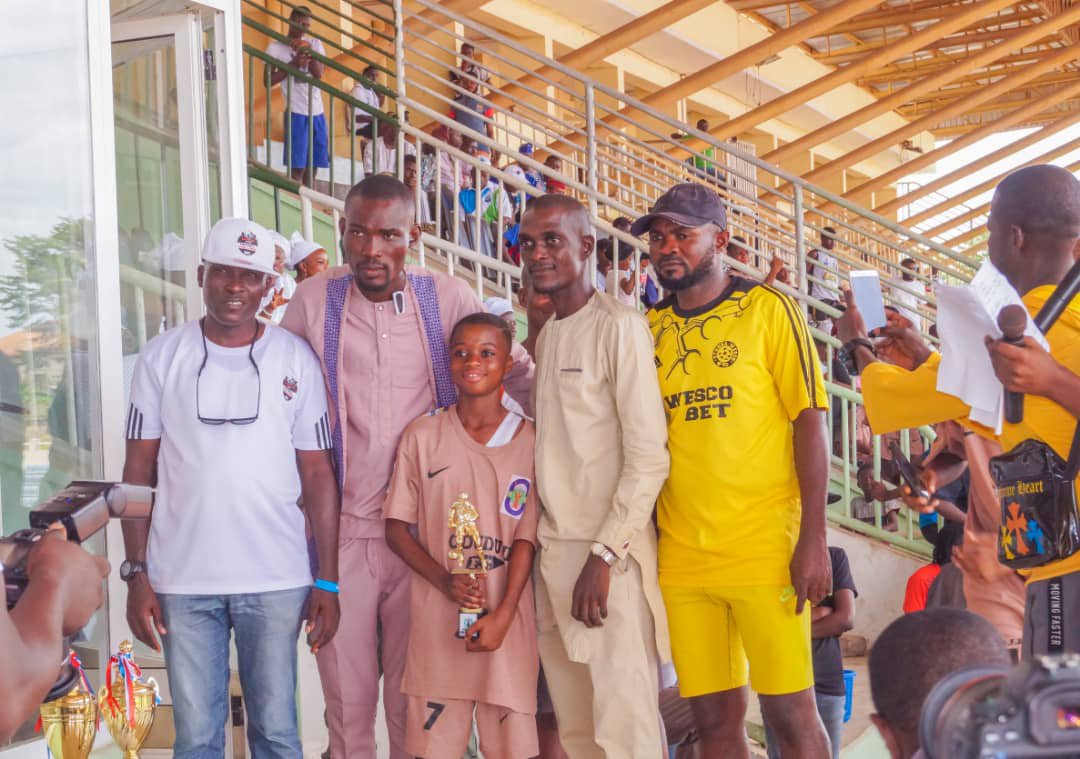 Prince KOLAWOLE organized this football tournaments to bring peace, unity, friendship and progress together among the west (Yoruba)

Also, he is the sport director and sports manager of ODUDUWA FOOTBALL ASSOCIATION (OFA). As a club manager he has developed over five hundred players who are now playing in both national and international League.

Prince KOLAWOLE has organised various football tournaments here in Nigeria and Republic of Benin. As a footballer, he plays as a central mid-fielder.

He is the chairman of YORUBA SPORTS ASSOCIATION, In Nigeria with lots of upcoming player in his Academy that Yoruba Sport Academy who are receiving good training

Prince KOLAWOLE is looking forward to organised YORUBA FOOTBALL TOURNAMENT 2022 among Ten state so to reach out to other states in Yorubaland.

Prince KOLAWOLE is the CEO of SILVERSPORT NIGERIA LIMITED.

Because of his interest in media and filming business, he ventured into media and journalism, where he met Mr ADEDOLAMU AWOLOWO who is a boss and mentor to him in those field.

He trained well for so many year under ARIAL MEDIA INTERNATIONAL, a company owned by Adedolamu Awolowo who is known for his crazy creativities, great ideas, distinct content creation. Prince Kolawole served him and till date you can’t see him without see his boss hand’s work on his life and work.

Prince KOLAWOLE is happily married and bless with kids.

Tinubu Did Not Attend Government College Ibadan Confirms By His Classmate Femi Aribisala.

Pleaseeeee!!! Keep your SIM that receive your alert. Read this

PRESS STATEMENT Nigerians should no longer be in doubt about those working in cahoots with fifth columnists...

Count us Out of Your Problems with Buhari, Atiku/Okowa Campaign Tells Tinubu