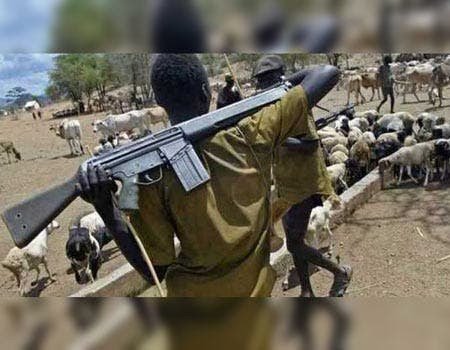 The herdsmen said to have abducted travellers who were mainly officials of road transport workers but whose identities are yet to be identified as at the time of filing in this report.

The kidnapped people who said to be in a 16- seaters bus before being abducted by their abductors around 9.30 pm in Iwaraja, Oriade Local Government Area of Osun State, said to have been marched to a nearby forest in the area where the incident happened.

It was however gathered that, out of those kidnapped three of them, two ladies and a man were set free while the remaining four are still being held in their custody.

Informed sources explained that those released were instructed to go and tell families of those in their custody that, it was kidnappers that abducted them and at the same time, go and source for money they would use to secure their freedom from their bondage.

Speaking on the abduction, the Oodua Peoples Congress ( OPC)/Chairman in the state, Mr Deji Aladesewa confirmed the story and hinted that, members of OPC, Amotekun security outfit members, hunters, a combined team of security men in the state have been deployed to the forest for a rescue mission.

Aladesewa who expressed optimism that, those still being held hostage by the Fulani herdsmen would soon regain their freedom saying, all efforts would be put in place to ensure they are set free unhurt.

The OPC leader added that if they are to keep vigil in the forest to fish out the abductors and their collaborators, they wouldn’t mind doing so because the lives of those kidnapped were precious to them.

Also, Brigadier Bashir Adewinbi (rtd) in an interview stated that already they had swung into action to secure the release of the abducted ones.

He added that his men and other security men are still in the forest to rescue those abducted.