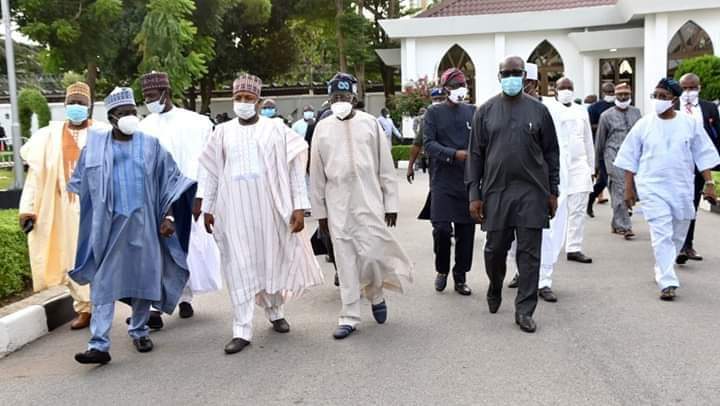 As APC Govs Seek Option Of First Refusal For Edo Gov National Leader of All Progressives Congress (APC), Asiwaju Bola Ahmed Tinubu on Sunday in Lagos met a delegation from the Progressives Governors’ Forum led by its Chairman, Kebbi State Governor, Atiku Bagudu. The APC governors had come to plead for a soft landing for their colleague, Edo State Governor, Godwin Obaseki, who is embroiled in a supremacy battle with his political godfather and the party’s National Chairman, Comrade Adams Oshiomhole. Already a strong contender believed to be backed by Oshiomhole, Pastor Osagie Ize-Iyamu had picked the party’s gubernatorial nomination form. Ize-Iyamu, a former Chief of Staff and Secretary to the Government of Edo State, contested the 2016 gubernatorial election in the state against Obaseki on platform of the People’s Democratic Party (PDP). He recently defected to APC and was given a waiver to contest the primaries of the party for the governorship ticket. At the