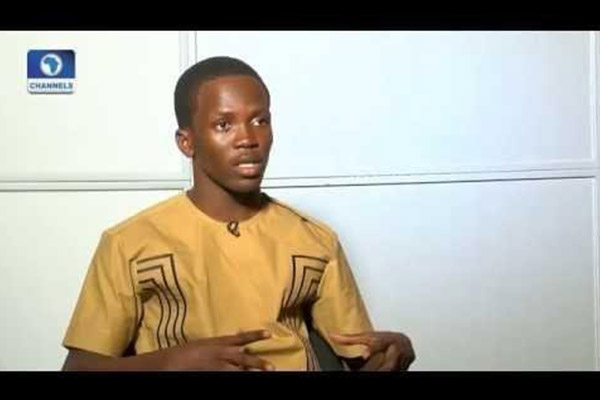 Fiyin Gambo is a young filmmaker set to revolutionize the film industry. He is a director of films that harness innovative technologies like CGI (Computer generated Imagery) and Visual effects to enhance the visual storytelling experience. He’s mission is to create images never seen before on African screens and to export the ingenuity of Nollywood to the rest world.

He is currently in his fourth year studying Civil engineering at Covenant University, he is a self-taught filmmaker and has produced two short films on Child trafficking and a revolutionary campaign video on the just concluded elections, the campaign video motivating people to vote got 3000 views in the first two weeks on the internet.

He has spoken at the biggest technology conference in Africa (TECH plus) where he showcased Visual effects as the future of African cinema with a short trailer CHASEDOWN. He has also spoken at several platforms to inspire young film makers and students alike.

In 2015 His firm – Cliq Media; was awarded “Startup of the year” and in 2016 he was awarded “Cinematographer of the year” at College ball awards. He has had mentorship sessions with Director Tade Ogidan (a renowned Nigerian filmmaker) and Mrs. Aoatuanya (British based director and screenplay writer). His company Cliq media has produced numerous topnotch commercials and info graphics.
He will soon be releasing his short film “INTERCEPT”-(Africa’s first Man Hunt) which is being produced in partnership with Covenant University. The short film is a future period piece based on counterterrorism in Nigeria and the use of technology to solve high profile crimes. The film uses visual effects to create “never seen before images”. Fiyin Gambo is set to re-invent the wheel for Nollywood.
He has been interviewed on TVC,Channels TV,Sahara TV and Punch Newspapers

“My Husband Steals From Me, Dissolve My Marriage” – Woman Begs...

HOW POLYTECHNIC STUDENT WAS KILLED BY HER BOYFRIEND FOR RITUAL IN...