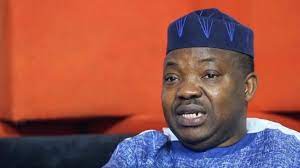 I don’t know how to start,we met sometime in 2010, you came to the maiden edition of young Achievers Nigeria awards.you encourage me not to give up at the back stage of the award at Balmoral halls in ikeja Lagos, you will always check on me via text messages,you called me in January 2012 that we need to see quickly, we met and you told me we are organizing a protest against fuel subsidy and you know my relationship with some aluta friendly artist and I said I will, I started making contacts immediately
I said if we can get Kwam it will go along way, I called uncle Percy ademokun and he promised the king will come

We stormed the freedom park in Ojota Lagos on Monday January 12,2012,with like mind comrades
On the 13th January 2012,the crowd that came to support us was beyond our expectations
Pastor Bakare the convener, promised to be coming with his wife and children and he did throughout the duration that the protest lasted
We started meeting at Pastor Tunde Bakare’s GRA office at the end of every protest to brainstorm
People came from all parts of the country to join in solidarity with us
Pastor Tunde Bakare promised. to foot all the expenses and that we should not collect funds from anyone and he did
We became the target of the govt, different people came with financial support but we turned them down.

A particular day I will never forget was the day a tall guy came on stage that he wants to support us with some millions,I called your attention (comrade Yinka Odumakin),you said since am the one in charge of Artiste ad the youths,he should talk to me,my instinct told me not to collect anything from him and I didn’t ,I told him not to worry that he can buy water and give to people
I didn’t know it was the holy spirit that was talking to me,it was this same guy that invited us to the DSS office in shangisha, Lagos Nigeria.

You have always supported.my event every year that even your wife attends the event every year,there was a particular year that you both travelled out and you called to tell me that she will return to Nigeria to speak at my event which she did
Tough time create strong men,strong men create easy times.

Uncle yinka you’re a tough man,you lived a fulfilled life and I learnt from you never to give up on a goal and and that one dont need to paint the sky to prove a point
I never knew I was speaking with you for
the last time early this March 2021

Dota Pit Season 5 finals preview: Secret, VP have something to...