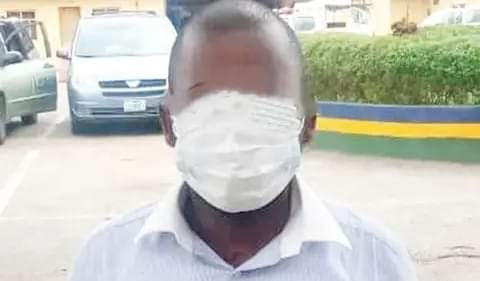 … As Sanwo-Olu pays off debt

Men of the Lagos State Police Command have prevented a businessman, Abiodun Adeyinka, from committing suicide by jumping into the lagoon on the Third Mainland Bridge during the Eid-el-Kabir festival on Friday.

Punch Newspaper reports that Abiodun had approached a microfinance bank for N390,000 to boost his business but could not repay the loan and the accrued interest, because the venture turned out to be unsuccessful.

Troubled by his inability to repay the loan, the 45-year-old left his place of residence in the Ikotun area of the state and headed for the Third Mainland Bridge, where he attempted to jump into the lagoon.

It was learnt that policemen attached to the Bariga Division, who had been watching Abiodun closely, quickly prevented him from plunging into the lagoon.

The state Police Public Relations Officer, Bala Elkana, said in a statement on Sunday that after Abidoun was rescued, the father of two said during interrogation that the reason he attempted to take his life was because of his indebtedness.

He added that Abiodun had been attending medical and counselling sessions.

Elkana stated, “On Friday, July 31, 2020, around 1.50pm, police operatives deployed on the Third Mainland Bridge intercepted one Adeyinka Abiodun, 45, of Abaranje Road, Ikotun, while attempting to jump into the lagoon. He was rescued and taken to the Bariga Police Station for questioning and debriefing.”

“He stated that in March 2020, he obtained a loan of N390,000 with a repayment plan for six months and accrued interest of N142,287,25 from a microfinance bank on the Lagos Island. The loan was collected with the intention of upgrading his wine retail business, but the business failed and the money was lost.”

“He holds a Bachelor of Science degree in Physics and a Master’s degree in Business Administration. He is married with two children. He is currently attending medical and counselling sessions.”

Elkana stated that the microfinance bank, from which Abiodun took the loan, was contacted to confirm the transaction and after confirmation, Governor Babajide Sanwo-Olu, who was moved with compassion, repaid the loan.

Explaining that Abiodun’s case was the eighth suicidal attempt prevented in the state in the last two months, the PPRO stated that the state Commissioner of Police, Hakeem Odumosu, urged Lagos residents to explore other means of addressing life challenges instead of resorting to commit suicide.

Elkana said, “The microfinance bank was contacted and it confirmed the loan. The state governor, Babajide Sanwo-Olu, moved with compassion, came to the rescue of the victim by repaying the loan.”

“Worried by the rate at which people are killing themselves, the Commissioner of Police, Lagos State, Hakeem Odumosu, enjoined Lagosians to always explore other means of addressing life challenges other than resorting to taking their own lives, as suicide is never an option.”

“This is the eighth suicide attempt successfully foiled by the police in Lagos in the last two months. He calls on well-meaning individuals to always reach out to the needy and underprivileged persons around them. Together, we can stop suicide.”

ALTHOUGH WE HAVE BEEN LIVING TOGETHER FOR 32 YEARS AND WE...